Monday, April 30, 2018
Last time I wrote an article for providing Facebook Sign-In using Clojure. This article will guide you to add Google Sign-In functionality in your web application using clojure. We’ll use compojure.core for routing, clj-http.client for http requests, cheshire.core for parsing json and noir.response for redirections. 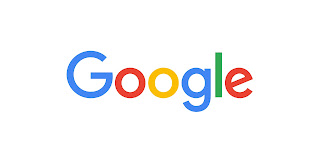 First, make a new google project to get your project’s Client ID and Client Secret Key from this URL: https://console.developers.google.com/project.


Now define a new namespace as:

and a new function in order to get the access code and user details as:


In the above function we use clj-http’s “post” to make a post request to get access token followed by “get” to get user information. Then we use cheshire.core’s “parse-string” to parse json response and convert it into clojure object and save the information in the atom defined as “google-user”.
Entire “google” namespace is as follows:


This article was first published on the Knoldus blog.
Clojure

Monday, April 30, 2018
In order to provide Facebook sign-in functionality you need to create a new Facebook App from this url: https://developers.facebook.com/docs/facebook-login. Provide the redirection URI that you’ll use for the App. After setting up the app you’ll get an App ID and App Secret key.

We’ll use “clj-oauth2.client” to redirect a user to the authentication page, “clj-http.client” for HTTP requests, “cheshire.core” to parse Json string in order to get keywords, “noir.respose” to provide re-directions and “compojure.core” for routing.
We’ll begin with defining a new namespace:

Now include the App ID and App Secret key you just got after creating a new Facebook app along with the redirection URI, in the code below:

We can use “make-auth-request” function defined in “clj-oauth2.client” library to get the redirect URI on which the user should be redirected. The user can now give access to the app we created in first step.

Note that we used noir.response/redirect function to provide the redirection.
After a Facebook user grant access to the app, we’ll get a response containing access token on the redirection URI we provided while setting up our Facebook app. We’ll use “compojure.core’s” GET to get the response:


This article was first published on the Knoldus blog.
Newer
Stories
Older
Stories