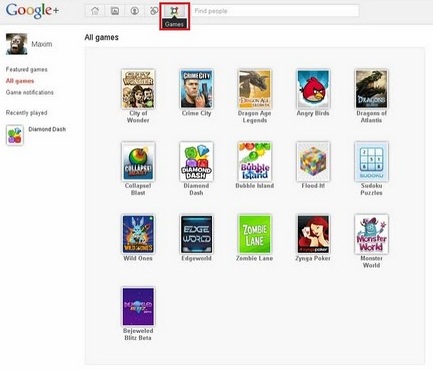 Some of the Google Plus users might have noticed a new button for games on top of their streams on Thursday. Google Plus is now offering a small range of games including Angry Birds, Sudoku, Crime City,  Zynga Poker etc.

The new gaming feature of Google Plus is announced by Vic Gundotra, senior vice president of engineering at Google. The button can take the users to the gaming page, allowing games to be available only when users want them.

Adding games to the Google Plus is a smart move. This will probably result in dedicated Circles for gamers if Google Plus is able to provide some great games to its users, which will definitely draw a lot of crowd on the site.

Users will find their high scores, other games that friends have played recently and invitations to play with other circles. Moreover in accordance with the privacy offered by Google Plus, only those circles will be updated with a user's scores and additional information in which the game is played. Of course users will have options to share these with other circles as well.

Google Plus games can also be accessed from this link: https://plus.google.com/games
For those who haven't got the Games button on their Google Plus profile will be notified with the following message: 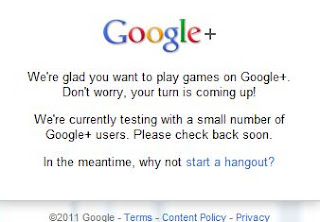